I was awful at football at school. So bad that I was always the last one picked. It was a horrible feeling and one that I vowed no child would ever feel under our guidance at Striker Academy. It’s that principle and yearning to ensure every child becomes the best they can be that has earned us the reputation as the number one striker coaching organisation in the UK. Imtiaz Jamil


Striker Academy provides training for strikers and is a specialist football training academy that helps toddlers, juniors and youth players learn the wonderful art of goal scoring and how to be a striker.

We coach players to be game changers – that is to be the players that have the skills to unlock defences, burst through and confidently score goals with accuracy, flair and composure.

Regardless of which course your child takes you can rest assured that our training sessions are:

[toggle hide=”yes” border=”yes” style=”blue” title_closed=”Focussed on Skills”]Striker Academy coaches are highly trained and skilled football coaches. Your child will be encouraged to try new skills. Unlike other providers even our Tiny Strikers have one ball per player meaning more touches on the ball therefore better and faster development.[/toggle]

[toggle hide=”yes” border=”yes” style=”blue” title_closed=”Encouragement Only”]A huge part of your child’s development comes from confidence. Inexperienced coaches do not have the skills or aptitude to create an environment where a child feels safe and secure enough to try new skills. At Striker Academy all coaches undergo Sports Psychology Training to ensure they understand how your child can develop confidence, build their self esteem and begin to play with flair and freedom. The world class coaching environment created at Striker Academy training sessions are designed to help your child become mentally strong as well as physically strong.[/toggle]

[toggle hide=”yes” border=”yes” style=”blue” title_closed=”Professional and Structured”]Every training session is planned and prepared by your coach to maximise the time available and squeeze every minute out of it so it’s fun, fruitful and well worth the time and effort for your child to be a part of Striker Academy. All coaches are professional, presentable and easy to identify as they wear an official Striker Academy kit. They will make you and your child feel at ease and welcome you to Striker Academy.[/toggle]

1. Focussed on learning football skills –
2. An encouragement only environment – No overbearing coaches shouting at the kids or parents screaming at kids
3. Professional and structured – Planned training sessions that help your child develop faster and better prepared
4. Small class sizes –

There are essential elements to every training course. They are displayed in the Striker Academy Development Model above and are further explained below.

1. Skills: You need to know how to outplay defensive players. You may sometimes be confronted with 2, even 3 defenders so knowing how to get past them is a key part of the knowledge you must possess.

This is where learning and developing your Skills come into play. This can be small elements like passing technique, correct striking of the ball, cuts, turns and volleys to feints, fakes, stops and starts. All with a purpose to unlock defenses, get past defenders and score goals.

2. Speed: This ingredient is becoming more and more crucial as the modern game develops. Football speed and in particular striker speed is all about being explosive and powerful over a short distance.

Our coaches have the expertise in speed training to help develop this core skill in you. They also have the expertise to help correct common running mechanic errors. This will help utilise your body for optimum running speeds over short distances.

3. Mental: All the physical skills are of course a huge part of the game, however, if you do not have the mental agility to make sure your mind controls your body then you will never play to your very best.

Imtiaz is an expert on sports psychology and each course implements his findings and research into this area to help you play football with confidence, high self esteem, motivation and mental toughness.

4. Accuracy: Over the years we have found that players, given the chance, will always aim at the middle of the goal because they feel it’s the biggest part of the goal and will therefore score there. However, come matchday, then that’s where the keeper stands.

To combat this common mistake we use specialist striker training aids to help condition you to aim for the parts of the goal the keeper is unlikely to save in.

With time, this helps you to develop your subconcious mind so you automatically aim for those areas. Our training also makes sure you are on target most of the time, meaning you will score more goals than players who do not have or use our methodology.

To help you we use specialist training methods to develop this core skill. 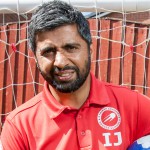 “Striker Academy’s coaching methodology is about developing the individual. You may say ‘football is a team game’ and yes I would agree. BUT the team is only as strong as the weakest player. I firmly believe that if we can develop strong, creative and knowledgable individuals then we will help to develop strong teams.” Imtiaz Jamil, Head Coach, Striker Academy.


Striker Academy has come from humble beginnings to become one of the Northwest’s most sought after soccer school’s. It all started when Imtiaz’s (Coach Ij’s) son, Dean, wanted some extra training away from his local club so he could get better.

Imtiaz realised this was a great opportunity to block out some quality time and spend it with Dean playing football. But as things panned out Dean’s friends wanted to come along too…

We also provide one to one coaching, specialist courses, coach education programs and club and school team training programs. For a full list of services please see the ‘Courses’ link at the top of the page.

The popularity of Striker Academy has stretched far beyond the shores of Warrington with players accessing our coaching from as far a field as Sweden, USA, Middle East as well as more ‘locally’ from the South East, the North and Yorkshire.

Our roots are firmly planted in being a professional coaching academy with family values. When you become a part of the Striker Academy team you become a member of an organisation that has your child’s developmental needs at heart. And that’s what makes Striker Academy stand out from every other football provider in the North West.

Striker Academy is based in Great Sankey & Penketh in Warrington, close by junction 8 off the M62 (IKEA exit). We have development centres across Warrington, Chester, Northwich  and Halton with plans to open centres in Liverpool and Manchester very soon. We live in Warrington, train and employ local talent and are proud to serve and re-invest in the local community.

More information on courses, availability and how to book here.

Imtiaz Jamil, aka Coach Ij is head coach at Striker Academy, author of The Secrets To Successful Soccer Coaching, inventor of the Targetizer Total Goal Scoring System and father of three beautiful children. He’s married to Nahida Jamil who also looks after the admin for Striker Academy.

Imtiaz is a Striker Academy Master Trainer, FA Qualified Coach and has successfully completed the Coerver Youth Diploma. He has also volunteered for his local club and is a member and President (2012) of North Cheshire Speakers Club.

MESSAGE FROM OUR HEAD COACH

Coaching football and helping players become the best is so much more than turning up with a set of drills and some equipment.

Watch this short message from our head coach, Imtiaz, as he uncovers the secret behind Striker Academy’s success and the real driving force behind everything we do.

OUR MISSION AND VISION 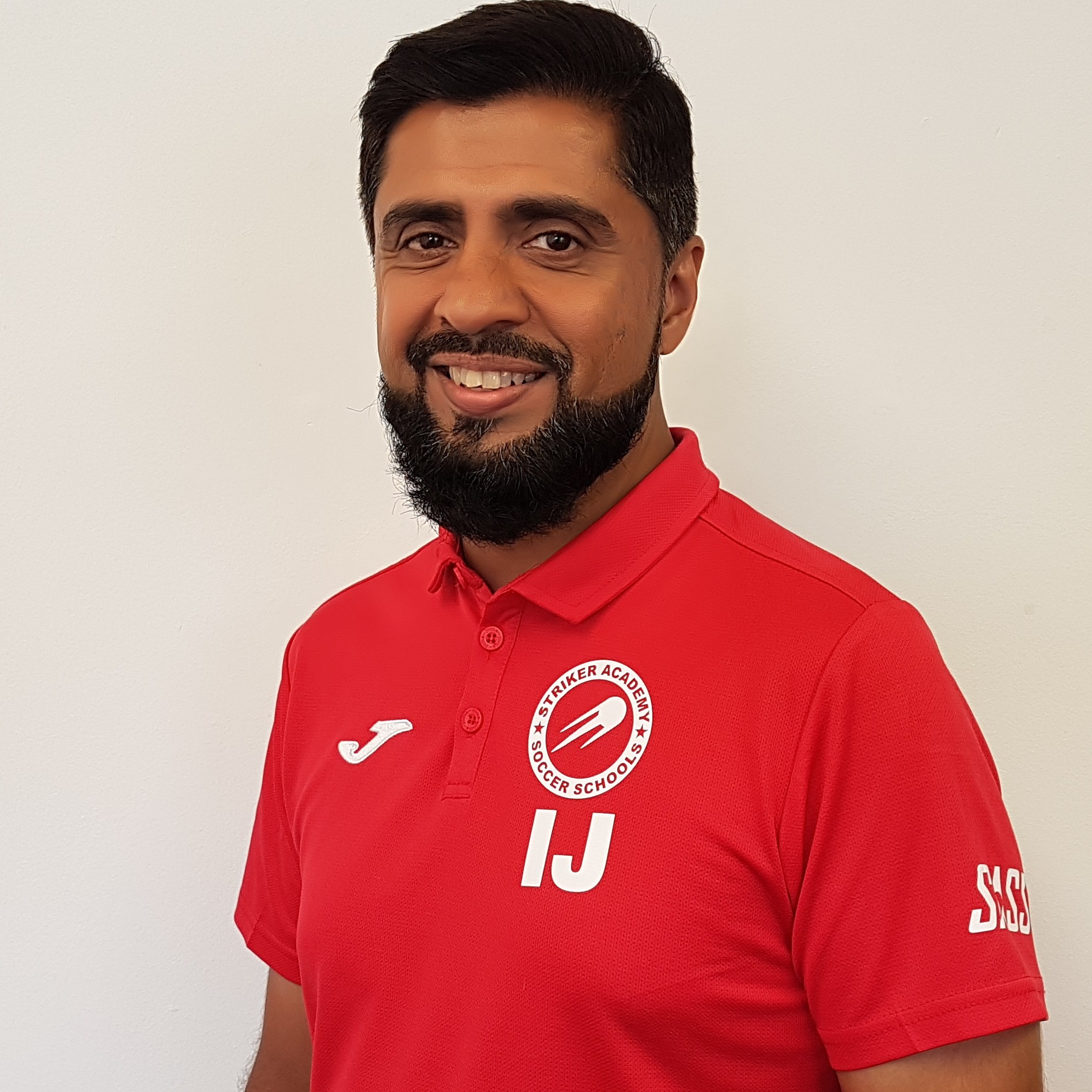 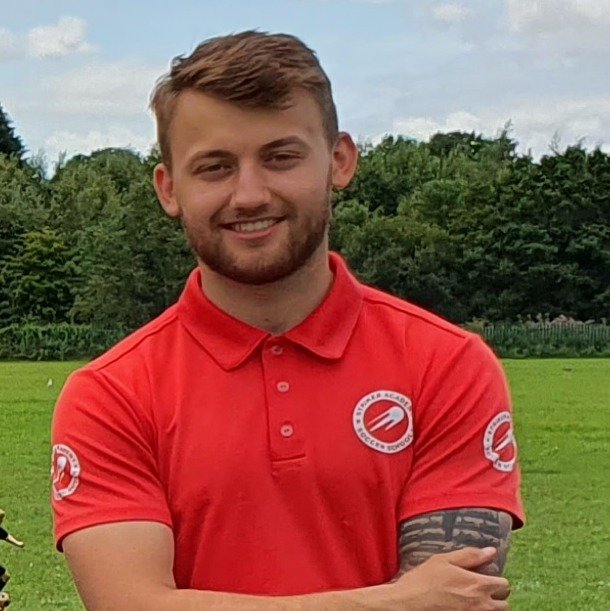 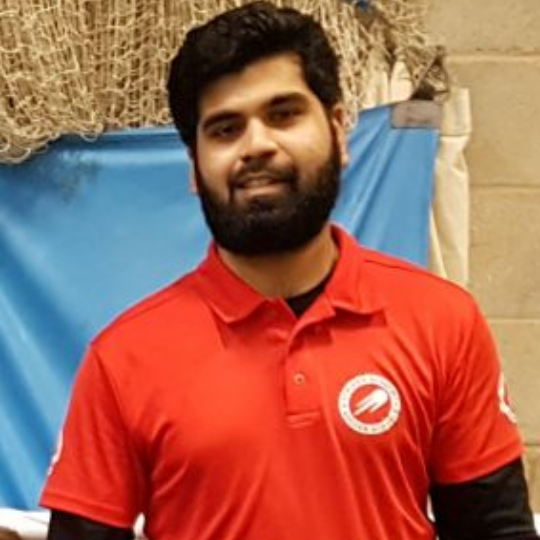 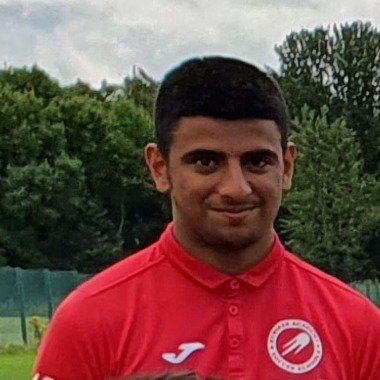 Our mission is to ensure every child under our wing becomes the best they can be. Our coaches will work their hardest to ensure your child understands the physical & mental skills of the game, develops superior technical ability and gains knowledge and insights of the game.

Our vision is to develop players that can play football with flair, skill and confidence. We believe every child should learn football at the earliest possible age under the guidance of the highest quality and highly trained professional coaches 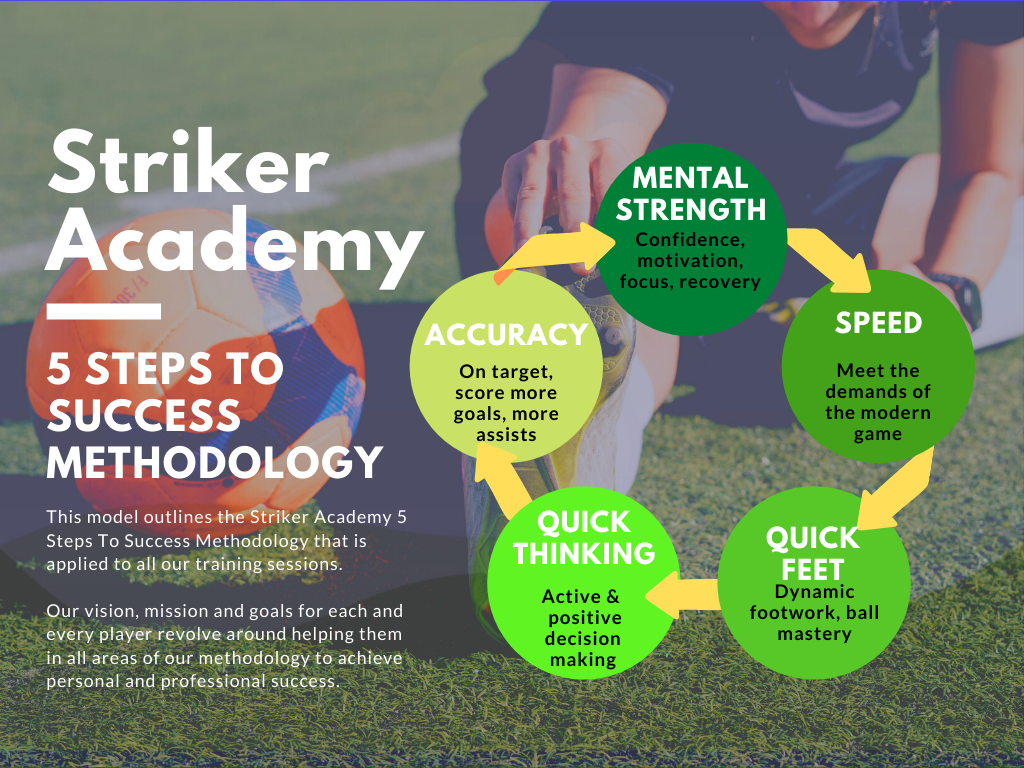